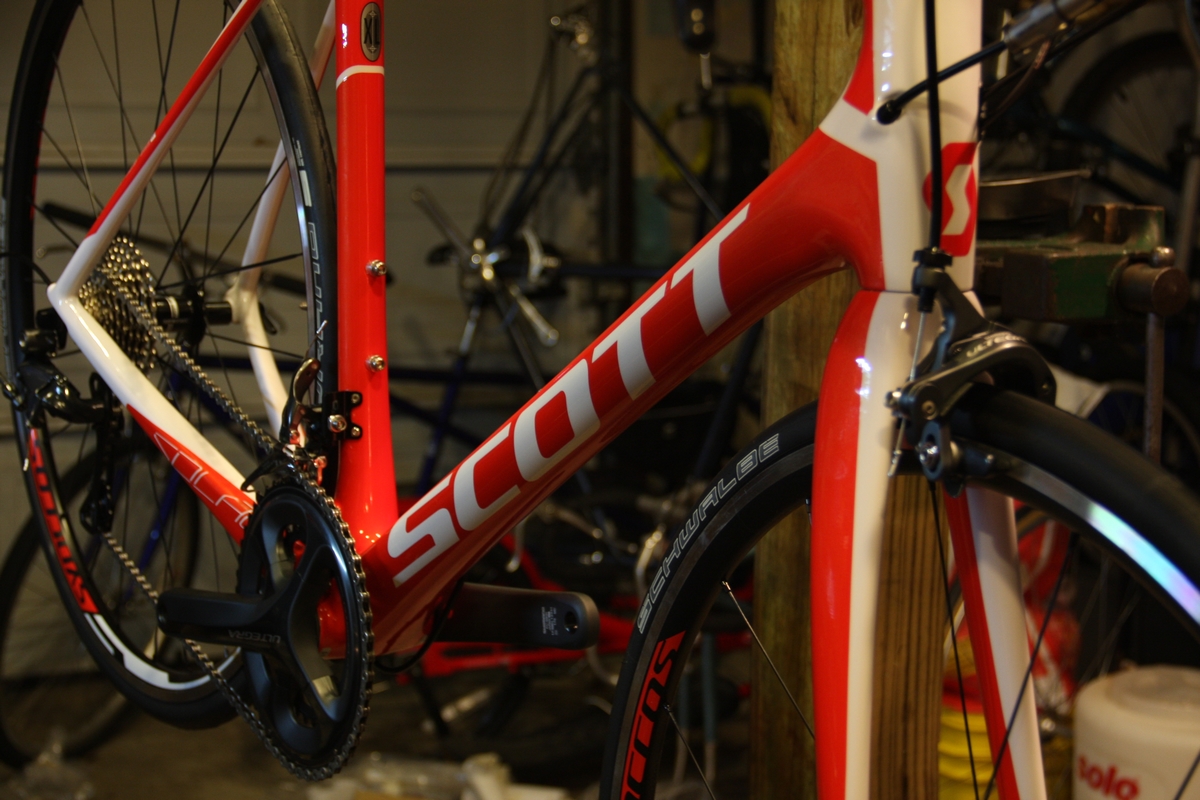 Oh what fun we’re going to have…

Roads I’ve ridden a hundred times are suddenly unfamiliar to me.

I mean, they look the same. I’m not lost; it’s just that the roads I’m on feel completely foreign under my new Scott Solace 20 from Black Pug Bikes. What were hills are now nothing but small rises; bumps and rough surfaces are hardly noticeable. The chipseal pavement leading up to the dam not far from my house sounds rough, according to the noise of my tires, but the sensation translated to my feet and bum through the bike is decidedly muted.

To be fair, some of that plushness is down to the 25c tires. Most every other road bike I’ve ridden has been shod in the erstwhile standard 23c, and the increased displacement of the 25s does make a difference. But the crap pavement near my house truly reveals the genius of the Solace’s frame design. Scott’s HMF carbon weave that makes up the Solace’s frame is divided into two “zones,” to provide increased rider comfort through super-flexible seatstays, while transferring good power and lively handling inputs through the beefy bottom bracket, chainstays and head tube. The result is a bike that climbs and accelerates like a thoroughbred sprinter, but doesn’t punish your posterior in return. 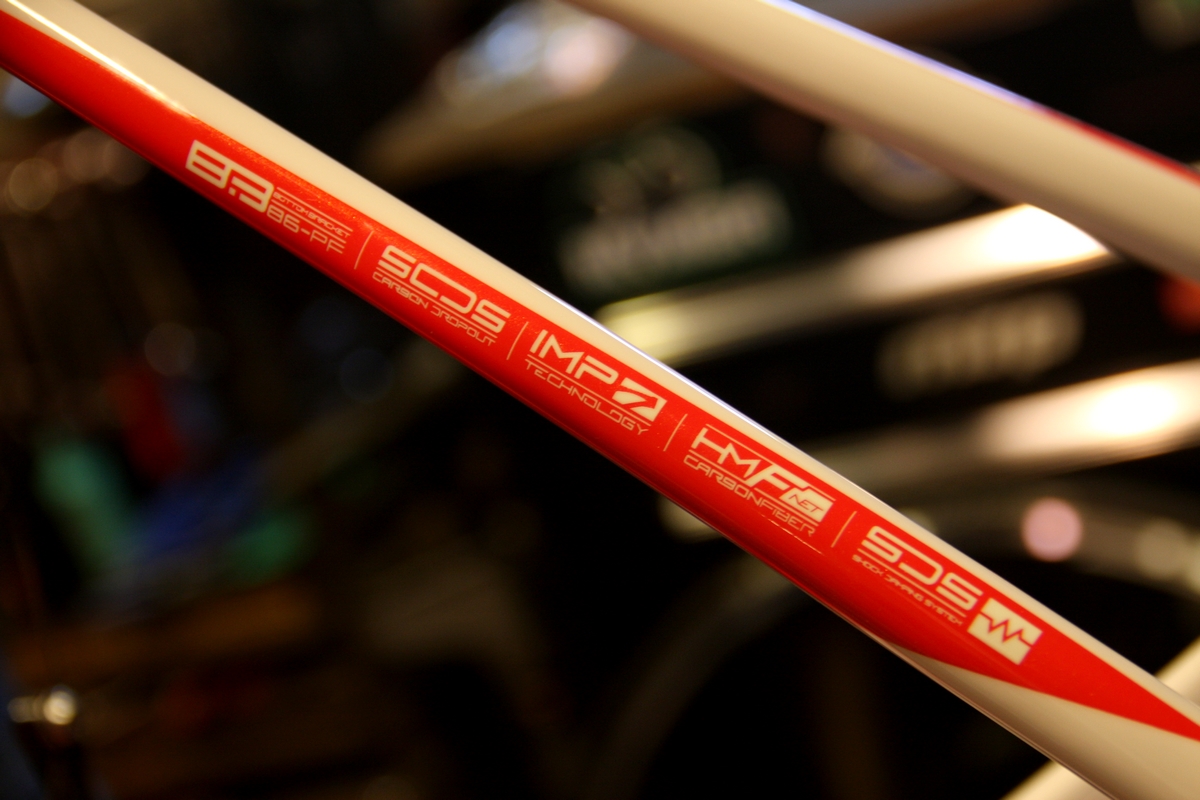 All that alphabet soup means a carbon frame as dialed as the best in the Tour from a few years ago.

And that frame design is something to behold, as well. Scott’s design engineers didn’t mess around when sculpting the Solace. The graceful lines, impeccable paint, and obvious contrast between “zones” provide enough eye candy to last through several contemplative beers (ask me how I know). Small details– the ports for the internal cable routing, the junction of frame and fork, the way the top tube blends into the chainstays– make for a bike that would be equally at home in an art gallery as in the peloton. Even decisions made for function, like mounting the rear brake under the chainstays to allow for those impossibly compliant seatstays (no really, you can flex them with your fingers!), add to the aesthetic of the bike.

But as easy as it is on the eyes, it’s evident that function was the primary driver behind this bike. The steering is stable but not sluggish, shifts are handled flawlessly by the Ultegra 2×11 drivetrain, and everything glides along without a rattle or creak anywhere. This is a well-designed and manufactured machine, expertly assembled by Chris at Black Pug. Everything the bike does is smooth. It rolls smooth, accelerates smooth, shifts, brakes and turns smooth. And that smoothness translates into a large degree of confidence in a short amount of seat time. In only my second road ride on the Solace, I was throwing it through climbing switchbacks with more aggression and confidence than I had on my previous bike, which I had ridden for two full seasons. 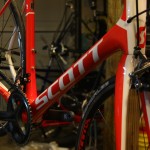 I could look at this thing all day. But I’d rather ride it! 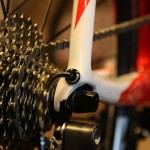 Now that is some clean cable routing. 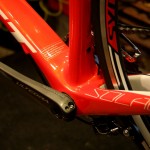 Look at the size of that bottom bracket! 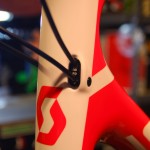 Cables enter through the head tube, the better to preserve the aesthetic of the frame. 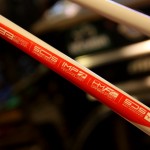 Taken as a whole, it’s hard to believe that this is a bike that retails for under $3000. A well-executed carbon frame, respectable DT Swiss wheelset, full Shimano Ultegra groupset, all weighing in at under 17 pounds, at a price point amenable to most serious recreational riders. This is Specialized-level refinement, for $500 less than a comparably outfitted Roubaix.

I’ll need several hundred more miles before I can provide a thorough review of the Scott Solace, but my initial impressions are overwhelmingly positive. Over the coming months, I’ll be testing it out on crushing training rides, racing it against some of the region’s best, and stretching its legs on charity tours across the state. Stay tuned for the full review this summer, and as always, go see Chris at Black Pug to upgrade your ride! 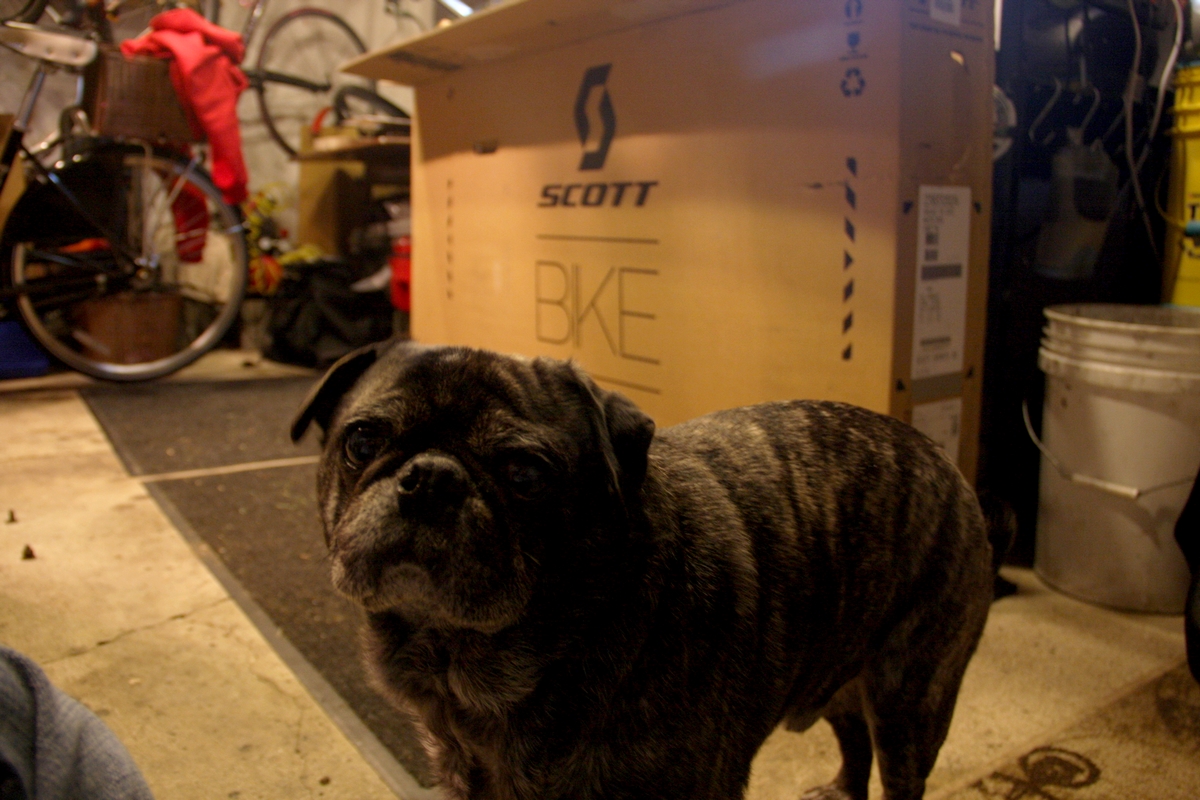 Thelonious is excited about my new bike. Can’t you tell?