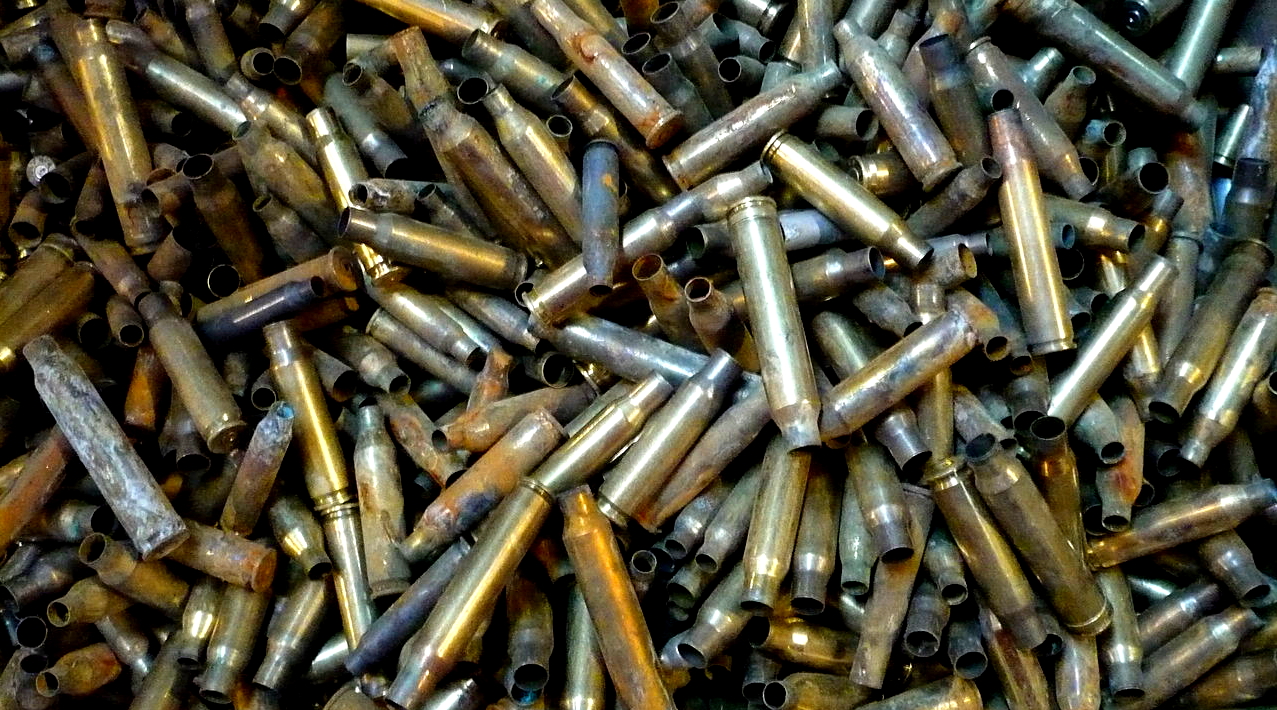 It’s the inevitable question raised, most often rhetorically and with a shrug, after the latest act of indescribable violence is visited on innocent people.

A lot of people (and all politicians) place the emphasis in that question on do, rather than can, and that’s a mistake. It’s a mistake because then we get into a lot of ugly debates about doing things that aren’t actually possible. Curbing gun violence with stricter gun purchase laws, for instance.

Even the most stringent gun purchase laws are ineffectual in the United States because guns are durable goods, and there are already (by some estimates) 310 million guns in private hands in the US. That’s nearly one firearm for every man, woman and child living within our borders. And there’s not really even any hope of a delayed effect, as most people take better care of their guns than their teeth, and use them far less often. So the guns will survive for generations after the gun purchase laws are passed.

So what about other countries? Certainly they are doing things we are not, and those things are worth investigating, but we have to start with an understanding of what is intrinsically different between the US and most other developed countries.

The biggest difference is that we were literally born, as a nation, by the gun. We solved our first problem, with Great Britain, largely with firearms. Then we used them to solve our problem with the Native Americans, and the Spanish, and the Mexicans, and the Germans and Japanese and Russians and Koreans and Vietnamese and… See my point? Nationally, violence is not only an option, it is very often the first one.

Other huge differences are drug policies that create and bolster criminal cartels, incarceration rates and judiciary policies that breed hopelessness and recidivism, and immigration policy that stymies the law-abiding and encourages the criminal. Our social welfare programs spend a lot of money and don’t accomplish their objectives, instead reinforcing cyclic and almost inescapable poverty. And just to ice the cake, we have a healthcare system that treats mental illness as if it were the common cold (or worse… you can talk openly about the common cold), and heavily favors poorly-tested behavioral modification drugs over holistic evaluation, therapy, and intervention.

So we have, even with the best intentions, created an underpinning of our culture that is predisposed to violence; a hugely successful organized crime syndicate; hundreds of thousands of mentally unstable and poorly treated individuals; a permanent and growing dependent class; a porous border that is far easier to cross illegally; and several generations of people for whom going to jail means less than nothing. Then we’ve dumped the world’s largest private arsenal on top of the mix, for good measure.

Is it any wonder we have mass shootings? I often think it’s a wonder we don’t have more.

So why don’t we take all the guns away? Well, beyond the Constitutional issues this presents, the simple answer is that you can’t. Most people aren’t going to voluntarily give theirs up (including yours truly), and a whole lot of people, if you try to take them by force, are going to start shooting back. And having the police in standoffs with previously law-abiding citizens in order to confiscate their guns doesn’t exactly improve our police state problem.

So what ARE other countries doing that we aren’t, that might work here given our cultural and institutional problems? For starters, we could stop screaming at each other about the guns (which are, in the end, only a symptom of the disease), and start looking at root causes.

We could reform our national drug policy to decriminalize things that are currently hurting almost no one, and enabling organized crime. As the prison population drops precipitously, we could use the freed-up funds to start some real rehabilitation and reintegration work with those who remain behind bars, so that they can start a real life when they get out.

We could stop kidding ourselves about the nature of our social welfare systems, and start looking at some of those other countries to find protocols that actually help people get out of poverty, instead of giving them just enough to make sure they stay there. We could look at helping our neighbors to the south rebuild their shattered country and economy, instead of acting like a fence separates our problems from theirs.

We could start completely over with our national healthcare system, and realize that while Universal Healthcare is a fantastic idea, our Federal Government is woefully inept at running anything anymore, so we’ll need something that doesn’t entrust them to do so. An idea that allows more responsiveness, responsibility and patient-centered control than the Fed will ever be capable of enacting. A system that provides for ALL healthcare needs, including all classes of illness, disease and handicap, with no end dates, no exclusions, and with frequent reevaluation.

We could start by realizing that curing big, complex problems will take more than 140-character slogans and shouting TV pundits; it will take intelligent, principled individuals in public office and private enterprise. Individuals who view long term solutions as more valuable than short term popularity, and the good of We the People above that of themselves individually.

We could have that future. But we have to choose it, every day, and especially on election day.

But we won’t. Instead, we’ll send 95% of Congressional incumbents back to office every time we have the chance. We’ll keep pointing fingers, and shouting down opposing opinions, and generally making ourselves feel better about doing nothing by insisting it’s the other guy’s fault. And as the social fabric of our country continues to be torn to shreds, and the bodies pile up, we’ll go to sleep at night with the smug self-assurance that “there’s nothing we could do.”