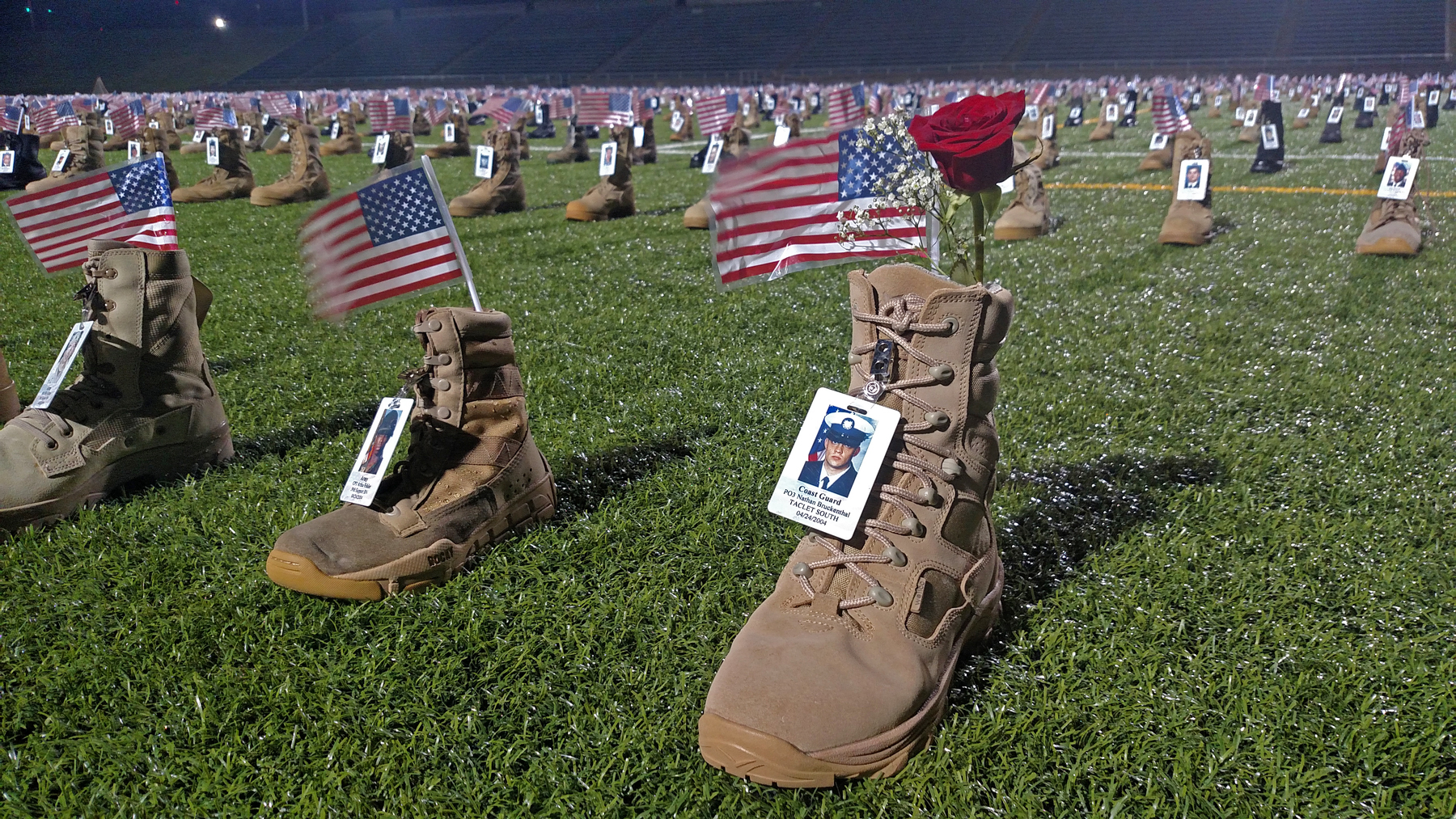 While assigned to the USS Firebolt in April of 2004, PO3 Nate Bruckenthal was killed along with two Navy sailors as they intercepted a waterborne suicide attack in the Persian Gulf. This was already Nate’s second tour in support of Operation Iraqi Freedom. He was posthumously awarded the Bronze Star for his actions, and rests in Arlington National Cemetery.
Nate left behind his wife Pattie, and his daughter Harper, who was born after he was killed in action. He had planned to be a firefighter or a policeman after he got out of the Coast Guard.

When you read an obituary, it tells a story that follows a predictable, discernible plot line. There is a person’s life, distilled into all its familiar elements. They were born, received an education, had a family, worked, retired, and died. I’ve always hated traditional obituaries for the simplistic arc they paint of people’s lives, devoid of the details that made them who they were.

Admittedly, if we told the story of every life with all the richness they deserve, we’d do nothing else but tell each other’s stories. And maybe that wouldn’t be so bad.

Today is a day about stories whose plot lines end with abrupt finality. It’s about anniversary celebrations that never happened. About birthday parties that should have been. About graduations and weddings and Christmases that were unattended by the person who would have made those occasions that much more special.

You see, Memorial Day isn’t about the intangible. It’s about real men and women who answered their country’s call and willingly gave their lives, that nations may live at peace.

These men and women were not an abstract to the people who loved them. They were not an incomprehensible statistic. They were flesh and blood and hopes and dreams. They came into the world as screaming, helpless infants; they took their first steps, got rid of their training wheels, and passed notes in the halls to their high school sweethearts. They laughed and cried and told jokes and confessed fears to their best friends. They struggled through calculus or composition. They liked to put strange things on their French fries. They had plans for the future. They loved and were loved in return.

They were the light of someone’s life.

At some point, they made the decision that the security of our nation and the defeat of her enemies mattered more than their own lives. They raised their right hands and swore an oath, knowing that the consequence of doing so might be mortal peril. And then they laced up their boots, left everything and everyone they ever loved, and walked toward danger.

It’s easy to put on an air of superficial solemnity, to remember our valiant dead as a concept. But it is more important to remember them as people whose stories were still being written when the book was slammed shut.

When you gather with your loved ones this Memorial Day, take a long look at the person there who means more to you than anyone else. And then imagine what your life would have been if they had been missing for the past year, or the past ten. And not just missing, not just the victim of some terrible disease, but ripped from your life in the most violent way, in some remote location on the other side of the world, in the middle of a kind of hell you can’t bear to imagine.

Every name etched on every war memorial in every town in the country was someone’s someone.

That is the meaning of today. If we mean to honor the memory of our beloved sons and daughters who stood in harm’s way on our behalf, we should start by remembering that they were more than a few sad lines of newsprint. And then we should do our best to live the other 364 days in such a way as to make us worthy of their sacrifice.

Almost 7,000 boots. Each with a name, and a person, and a story. Remember them today. Live to the standard of their sacrifice every day.