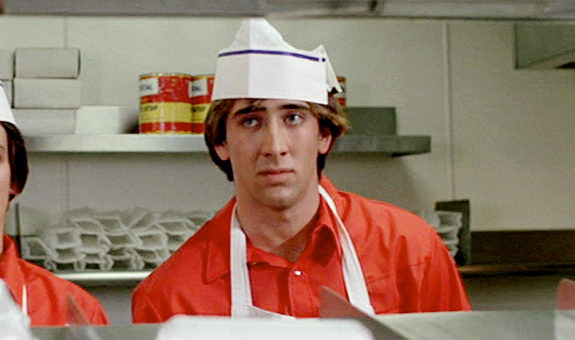 This guy seems to have done pretty well for himself…

Paul Saginaw, co-owner and founder of Zingerman’s Delicatessen in Michigan recently offered his opinion on why the Federal minimum wage should be raised. His argument is well-trodden ground for proponents of the minimum wage in general, but it is no more sound for its longevity.

In fact, the author’s premise is flawed in nearly every conceivable way. First he presents the oft-cited “statistic”  of the minimum wage providing an income below the poverty rate for a family of three, but never establishes the prevalence or significance of that demographic. The statistics cited later in the article are “or” stats, not “and,” as would be logically required to prove his opening statement useful.

The percentage of people making minimum wage who are adults, or who work full time, or are married is irrelevant, without knowing what percentage of those subsets are actually supporting themselves on that income, instead of, say, going to school on Mom and Dad’s money or living in their basement because they’re 19 (and “adults”).

What no one in favor of minimum wage increase is willing to quantify is the number or percentage of fast food workers who are single-income, AND heads of household depending solely on that income, AND at that level of income, and more poignantly, how many of them actually remain at that level of income for more than two years. The latter has actually been studied, and it has been shown that the vast majority of people in the lower quintile of income don’t stay there very long.

Then the author goes on to talk about the success of his own business with paying workers more than minimum wage, providing them benefits, and partnering with other businesses to do the same. These are all commendable actions, and actions I wholeheartedly support, but he makes the critical error of thinking the best way forward from here is to coerce, through force, the rest of the industry and the country to do the same.

If it’s working for his business and others, and he believes it can work industry-wide, then why does he require that the government force businesses to do it? Clearly, if there were economic benefit from his strategy for every company, every company would do it voluntarily. As much as we dislike giant monster mega corporations, they aren’t dumb, or they wouldn’t have become as successful as they are.

The fact is that the unintended consequences of forcing a higher minimum wage are not only increased prices for consumers (which are limited by inelastic market forces), but decreased employment. Small businesses like my brother’s farm are unable to hire, sometimes at all, because of the prohibitive cost of each employee brought about by Federal and State regulation. The sum total of these hidden expenses more than doubles the labor cost per employee. Huge companies like fast food chains will simply automate and cut work force to maintain profit margins and share prices, like they’ve been doing for decades, and fewer people will be able to find work at all, for any wage. See example after example of how companies like WalMart do business.

Again, I support wholeheartedly what Mr. Saginaw is doing with his own company, and I vote with my pocketbook every single day in support of just those sorts of practices. But his argument for raising the Federal minimum wage fails every logical and economic check. I do not believe for a moment that a government control will force companies to start behaving more ethically, any more than it has ever forced any individual to behave ethically, and certainly not without enormous unintended consequences. The way forward is not and will never be the use of force, but rather the education of the consuming public, which can only result in companies adapting practices and policies we find more palatable.